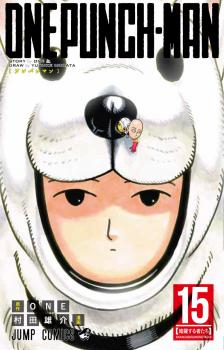 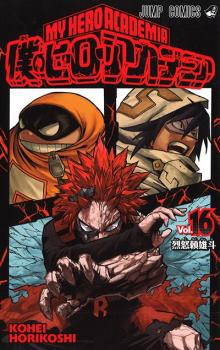 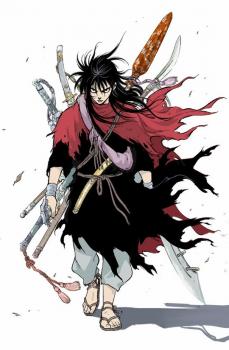 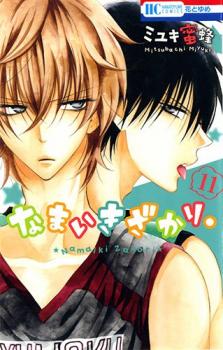 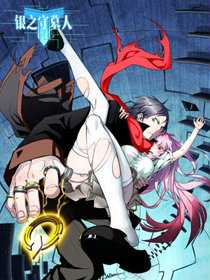 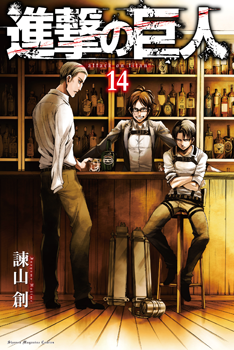 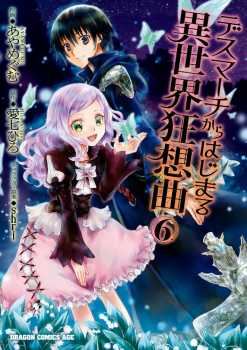 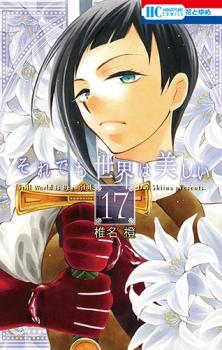 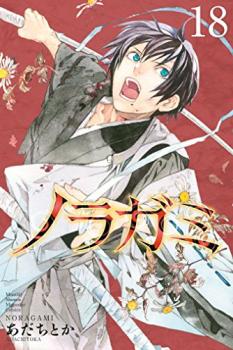 Before the Pirate King was executed, he dared the many pirates of the world to seek out the fortune that he left behind in one piece.
As a child, Monkey D. Luffy dreamed of becoming the King of the Pirates. But his life changed when he accidentally gained the power to stretch like rubber...at the cost of never being able to swim again! Now Luffy, with the help of a motley collection of nakama, is setting off in search of "One Piece", said to be the greatest treasure in the world.

Was a finalist for the Tezuka Osamu Cultural Prize from 2000 to 2002. The German translation of Vol 44 won the Sondermann audience award at the Frankfurt Book Fair Comics Centre in 2005.
Won the 41st Japan Cartoonists Association Award Grand Prize alongside Neko Darake in 2012.

: Allow Me To Introduce Myself

: Chapter 962 The Daimyo and his Retainers

: The Spark of Rebellion

: An Old Hyourse Knows The Way

: The Shogun and The Courtesan

: The Courtesan Komurasaki Takes The Stage

: One Piece x Fischer's One shot

: Luffy The Pirate VS. Commander Dogtooth

: Big Mom On The Ship

: Somewhere, Someone is Wishing for Your Happiness

: Beyond the Expectations of a Yonkou

: In a Sweet Bind

: The Power of Fullness

: To the East Blue

: I Shall Never Forget The Debt That I Owe You

: The Nation of Souls

: Adventure in a Mysterious Forest

: He Who Gets Bet On

: The Yonkou, Charlotte Linlin the Pirate

: The WE Times' Comic Strip

: Dog and Cat Have a History

: Momonosuke, Heir of the Kouzuki Clan

: An Invitation to the Tea Party

: At the Fort on the Right Belly

: Adventure in the Country on the Back of an Elephant

: Proclamation of a New Era

: The Tiger And The Dog

: Putting all my love into Lucian

: Sai, Leader of the Happo Navy

: The Lance of Elbaf

: The Trigger Back Then

: The Island of Fate

: Pay No Heed And Move On

: Pleased to Make Your Acquaintance

: The general officer of the revolutionary army

: I'll Always Be By Your Side

: The Kamaitachi of Rommel

: The Number of Tragedies

: A Hero Lying In Wait

: A change of plans.

: The Imperial Riku Forces of The Flower Fields

: The Forgotten Ones of Dressrosa

: The Fierce Battle for C Block

: Adventure in the Land of the Dwarfs

: Colosseum Of The Thieves

: "Lucy and the Statue of Kyros"

: Adventure in the Kingdom of Love, Passion, and Toys

: The Most Dangerous Man

: The Assassin From Dressrosa

: The King of the Country of Death

: An island that doesn't seem to be there.

: The Snow Woman of the Biscuit Room

: Momonosuke, that is my name!!

: Captain of the Marine's G-5, Kichiku no Vergo

: Inside the lab, lobby of building A

: The Perfected Weapon of Mass Destruction

: Blizzards with a chance of slime.

: The Lake of Bandits

: Adventure on the Burning Island

: The Voice from the New World

: Two changes you need to know.

: Dance of Sea Breams and Flounders

: The continuing path towards the sun.

: The General From The Land Of The Future

: So Grotesque I Could Fly

: The Ex-Shichibukai Stands in The Way.

: The Shocking Incident at Coral Hill

: The Mermaid Princess in Koukaku Tower

: 'Brought by the Shark They Saved'

: Paradise Under the Sea

: Adventure In The Ocean Depths

: The Kraken and the Pirates

: In To The Depths

: Keep it in Your Heart

: ROMANCE DAWN for the new world --The Dawn of an Adventure into a New World--

: The Island of New Beginning

: You Sure Thats Alright?

: The Future Draws Near

: He Who Must Live To See A New Age

: One Outrageous Development After Another

: The Death of Portgas D Ace

: The Current Age Is Named "Whitebeard"

: The Times, They are A-Changing

: The Bridge Of Life

: Have It Your Own Damned Vay

: The Man Who Shakes The World

: The Prisoners From Impel Down

: Oars And His Hat

: Decisive Battle Of The Mightiest

: To The Outside World Where The Sun Shines

: Even Hell Has Off Days

: Another Incident To Be Related

: The Likes Of VhiChapter It Has Never Seen

: From Hell To Hell

: Jimbei, Knight of the sea

: Adventure at the Great Prison

: The Undersea Gaol, Impel Down

: Nobody Can Stop It Now

: Hoof of the Soaring Dragon

: Adventures on the Isle of Women

: Mushorooms Growing Out of Your Body Shroom

: Pirate Front Line on the Move!!

: An Island in Chaos

: The World Begins To Shift

: Embers Of The Past

: Adventure on the Islands of the Dancing Bubbles

: The End of the Dream

: Oz VS The Straw Hat Crew

: The Conclusion to the Duel

: The Pirate Usopp VS Princess Pelona

: The Pirate Sanji VS The Enigma Absalom

: Get Her Back Before Dawn!!

: Demon From the Frozen Land

: King of the Depths

: Cloudy, with a small chance of bones

: The Mysterious Four of Thriller Bark

: Adventure At The Ghost Island

: Adventure In The Demon Sea

: the third one and the seventh one

: Understand How You Feel

: The name of the sea

: Jack in the box

: The fist of love

: The Light Falling Snow of Reminiscence

: A Ship Waiting For Wind

: The bridge of struggle

: Legend of the Hero

: The chance has ended

: The key that liberates

: Fly towards the waterfall!

: Ohara vs. the world government

: The devils of Ohara

: Give the signal to counterattack

: The Super Humans of Enies Lobby

: A short time to departure

: The Warehouse Under the Bridge

: The woman who brings darkness

: Bodyguards of the city of Water

: The big incident in the locked room

: The Adventure in the city of Water

: The Admiral Of The Marine Headquarter, Blue Pheasant

: End of the game

: Adventure in the long Island

: The Pirates With Tones Of Gold

: The song of the Island

: Praise to the Land

: The Advent of Thunder

: To Meet, Like the Half Moon Hidden by Clouds

: Looking at the moon

: Zoro The Pirate Versus Priest Oumu

: Chopper The Pirate Vs. Priest Oumu

: Pirate Nami and the Sky Knight vs Vice Captains Hotori and Kotori

: Chopper The Pirate Vs Priest Gedatsu

: Luffy The Pirate Vs Waipa The Demon Of War

: All Roads Lead to the South

: The Python And The Explore Team

: A Village In The World

: Priest Satori Of The Forest Of Illusions

: The Adventure In God's Island

: The Judgement of Heaven

: Ship Is Sailing In The Sky

: Please Keep That in Mind

: THe Highest Authority in the World

: The Man Worth A Hundred Millions

: Shoujou, The King Of Undersea Exploration

: I Promise Not To Fight In This City

: A Walk Under The Sea

: The Plan To Escape From The Sand Kingdom

: The Sand-Sand Clan's Hidden Base

: The Woman Who Controls the Weather

: Even Force, Yet Powerful Enemies

: The End Will Be In Alubarna

: Kohza, Leader Of The Rebellion

: Strongest Warrior In The Kingdom

: The Town of Dreams, Rainbase

: I Love This Country

: Yuba, Base of the Rebel Forces

: Adventure In The Kingdom Of Sand

: A Nice Weather for an Okama

: The Fight To Protect Empire

: The Will That Has Been Carried On

: Tale From The Winter Land

: At The Top Of The Mountain

: Adventure In An Unknown Country

: Adventure In The Country With No Name

: Stand Up If Ya Wanna Fight

: This Tea is Really Delicious

: Being Dead is Useless

: Moonlight And The Gravestones

: The Town of Welcoming

: Mizaki, the city of promise

: A Promise on the Cape

: At Last, the Grand Line

: The Beginning Of The Legend

: The Worst Man In The East

: A Crime is a Crime

: One Step Towards The Dream

: The Monster From Grand Line

: To EaChapter His Own Position

: Because of The Dreams

: To EaChapter His Own Way

: The Bell Is Ringing For Whom?

: Kuro The Pirate With A Hundred Tricks

: The Man Without Noise

: A Calculation By Captain Kuro

: Things that You Can't Lie About

: You Are A Rare And Precious Animal Too

: What Happened At The Bar

: The Pirate King and the Great Swordsman